Section 1. The contest shall be open to all ages and divided into MEN’S, WOMEN’S, and JUNIOR CATEGORIES.

Section 1. The contest area shall be plane and made of any material with an area measurement of not less than eight (8) meters not more than nine (9) meters square.

Section 2. Contestants are allowed to use any standard training uniform or decent costumes or whatever the „sayaw” calls for.

Section 3. Contestants may use either single or double Olisi or Espada y Daga (long and short sticks) or either a Filipino indigenous long blade or short blade (kris, kamplilan, pinuti, barong, etc.)

Section 1. The contest must not exceed two (2) minutes duration. Synchronized or group form however, may be allowed up to a duration of four (4) minutes.

Section 2. The contest may be „open” or strictly limited with the following criteria:

Section 3. Salutation (yuko) must be observed by the competitor before he/she begins after and after his/her performance.

Section 4. A contestant can only leave the contest area after announcement of the score or upon order.

Section 1. The contestant shall be decided by a panel of five (5) judges. However, no judges shall be allowed to officiate in the contest where his team is competing.

Section 2. The following criteria shall be the basis of judging a „sayaw” competition:

i. Precision of movement, i.e. ending at the starting point and utilization of the entire contest area.
ii. Uniform, costumes other indigenous native/tribal garb or accessories but with relevance to Eskrima Kali Arnis.
iii. Music, tribal songs or music and the like may be utilized, originality.

Note: Acrobatic, Gymnastic and movements purely of other martial arts and which have no relevance to Eskrima Kali Arnis shall be ignored.

Section 2. In the championship, in case of a tie, the contestants shall be required to perform again and be judge the second time respectively 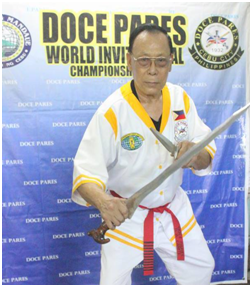 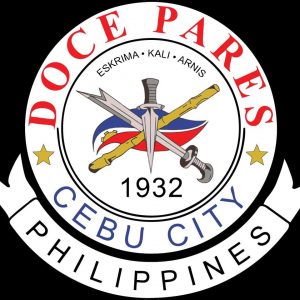 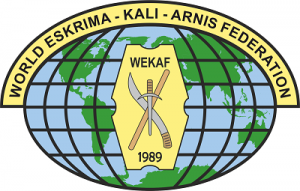